Our Services
ABOUT US
HOME
Donation
Education
Leadership

More than an ambulance service

Ambulance professionals with the medical expertise for all emergencies

With close to a 1,500 voluntary members in the Federal Territories of Kuala Lumpur and Putrajaya, SJAM WP strives to serve the rakyat with our motto, "Pro Utilitate Hominum – for the Service of Mankind".

These volunteers are mainly seen in public sport events, festivals, parades as well as disasters such as road accidents, floods, fires, landslides, collapsed buildings, explosion sites and other calamities.

There is no minimum amount of donation in order to be eligible for tax-exemption.

You are free to donate as much or as little an amount and still be entitled to a tax-exemption receipt. Nevertheless, there are administrative expenses that are incidental to the issuance of tax-exemption receipt that we have to incur, as such we request for your consideration on the appropriate amount should you wish to claim for tax-exemption.

A research conducted by the US National Institute of Health in 2007, participants who chose to donate $100 - enjoyed activated pleasure centers in the brain.

Enables your organisation to strengthen its position and branding amongst politicians, dignitaries, influential movers and shakers, local communities, urbanizers, millennials, government and corporations.

“Flag Day (Hari Bendera) is when we have our annual street-to-street collection.

This month-long activity will see our dedicated volunteers, in their uniform, walking in public areas, holding donations tins, seeking donations from members of the public.

They also sell car stickers worth RM 2.00 each which contributes to the donation.

In 2018, we managed to collect RM 44,405.50 and this will fund the annual activities such as leadership camps and purchase of medical supplies for event standby” 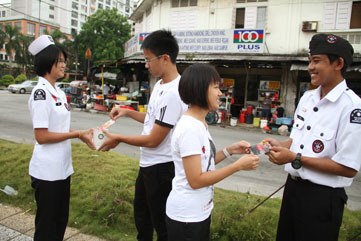 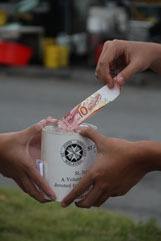 We are one the few states under St John Ambulance of Malaysia that manages FREE 24-hours Emergency Ambulance service for the public. Our Emergency Medical Assistance Services (EMAS) forms part of the Emergency Ambulance Service supporting the Ministry of Health public hospitals along with Malaysian Red Crescent Society and Angkatan Perkhidmatan Awam under the auspices of MECC linked 999 call centre. The service began in September 1998, hence the rich experience of our crew. We have improved our staff capacity from volunteers to paid Nurses, Medical Assistants and Paramedics.

The name "EMAS" also happens to have a meaning in the local Bahasa Malaysia language i.e. Gold, emphasising the Golden Hours in the field of pre-hospital emergency care. The department is also proud to be the first emergency ambulance service in Malaysia to achieve the ISO 9002 on September 1st 2000.

EMAS responds to motor vehicle accidents (MVA) and medical emergencies at home. We sometimes do receive direct calls from the public. We work closely with the Polis DiRaja Malaysia as well as the Jabatan Bomba dan Penyelamat Malaysia assisting them in disasters and emergency operations.

Pioneer team in the department 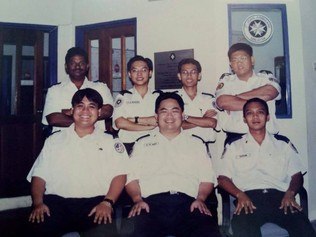 We provide a dedicated point to point air ambulance service with a devoted focus on quality care and safety.

We make getting help stress-free for Individuals who are ill. People needing emergency services while abroad can also rely on our air ambulance team of emergency doctors and specialist. Our coordination center can arrange to get you help anywhere in Klang Valley.

Giving- it is not just about make a donation, it's about making a difference. 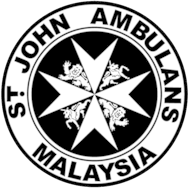 SJAM is part of a global St. John Ambulance, with its rich history that dates back to more than 900 years in Jerusalem, when the Most Venerable Order of the Hospital of St John of Jerusalem (Order of St John) was established to render care for the sick and poor in a hospice. The Order then spread to other parts of the world with the formation of its first overseas division in Dunedin, New Zealand.

During the 20th century, the movement saw significant expansion and was established in every part of the Commonwealth. The primary aim of the organisation is to provide aid to the suffering. Like in many countries, we are one of the main providers of frontline ambulance services via the national emergency call number 999.

From our humble beginning in the medical services of the British Armed Forces and the then Federated Malay States' Railways, SJA Brigade men and women, through the British Medical Auxiliary Services (MAS), rendered humanitarian aid and relief to the casualties during the World War II in Malaya and Singapore.

When the Japanese invaded Malaya on 8 December 1941, bombs were dropped unto civilian population. SJA Brigade members rose to the occasion and were involved in the first aid and air defence exercise via the Field Ambulance Units of the British Army. Many other SJA Brigade members who served in the battle of Singapore lost their lives for the ‘Service of Mankind’. History acknowledges that St. John Ambulance was the only voluntary organisation in Malaya that rendered medical aid before and during the Second World War.

The return of the British after the end of the Second World War has resulted in the re-organisation of many institutions and that contributed to the expansion of SJA Brigade and SJA Association (SJAA) to all States by 1959.In order to strengthen the operations of SJAA and SJAB after the formation of Malaysia in 1963, the Government of Malaysia had decided to amalgamate both of this bodies in Malaya, Sabah and Sarawak into one corporation to be known as the St. John Ambulance of Malaysia (SJAM). This was made possible with the passing of the St. John Ambulance of Malaysia (Incorporation) Act, 1972 by the Federal Parliament. The Royal Assent was granted on 23 March 1972. Hence, the birth of SJAM in Malaysia was established. 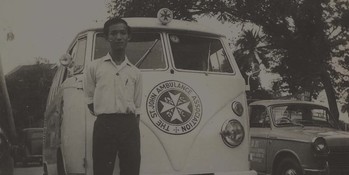 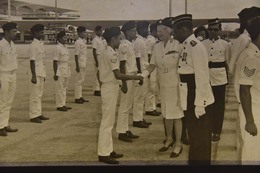 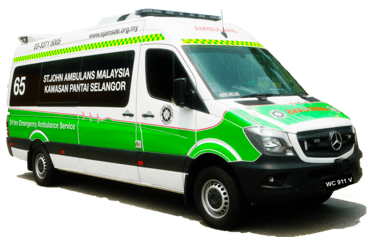